Wow, you’re still here reading about my life. Kudos to you. If you’ve read Part 1 and Part 2 of this series, thanks. If not, well then, this post won’t make much sense.

Following the death of my dad and the ending of my engagement, the Fall seemed like a blur. I was still freelancing then so my days were sporadic and my schedule wasn’t consistent, a bad mixture for someone with manic depression who just dealt with two life explosions. I spent a lot of my days on my couch after photoshoots, marathoning King of The Hill and serial killer documentaries. Before I knew it, August was over and I was back from LA; a quick trip to decompress and get out of a toxic environment. 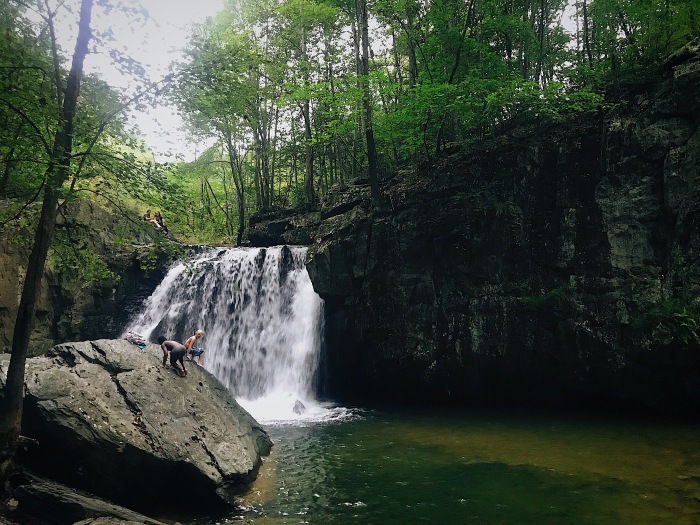 9/11/18 – I started dating someone, P. We met on a dating app. I know I’ll get a lot of shit for that because of how vocally against those I have been, but hey I’m here for transparency. I got bored one night and I decided to try it and I ended up meeting someone I vibed with. He was the first person I dated from a dating app and probably the last. We met at a weird little dive bar and talked all night. I almost felt normal again.

I told R I was seeing someone in the hopes that communication would cease. I told him I recently met someone and that it was inappropriate for us to be in communication. He called me a liar and said I had know P while we were together. Not true at all. It was just him deflecting his own guilt because he was the seeing someone that he was hanging out with before I ended things. That’s neither here or there, I just wanted to clear up those rumors about me. I’m not a cheater, never was and never will be. This is around the time that breakup started to get nasty. FB posts and mean songs, shit talk and the splitting up of friends. It was a long, long Fall in that sense.

The following weeks flew by. We went hiking (he was pretty much a professional hiker but I kept up), tried out different recipes, hung out with new and old friends, taste-tested wines, concocted our own sangria and went to a handful of shows. We also went camping for a few days and my phone had no service and it was glorious. We’d spend the days when it was cold outside binge watching horror movies and Netflix shows. Fall is my favorite season and this past one was a good one, despite the circumstances. 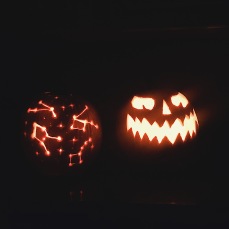 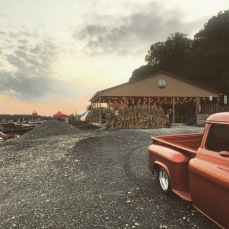 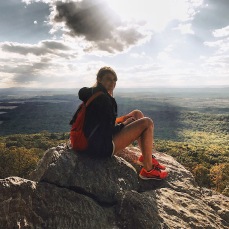 While the relationship never got romantic and I knew there wasn’t a real future in it, it was a nice relationship to explore while my life got back to the new normal it was supposed to be. That relationship helped get me through what would have been a really dark time if I was left alone and unoccupied. If it wasn’t for this relationship, I probably wouldn’t be as happy as I am in my current one. Thanks for that, P. You’re probably unaware of the impact you had on me during that time and I just wanted you to know.

12/19/18 – It ended right before Christmas and after some initial weirdness, we transitioned into friends a few weeks later. The breakup was probably the nicest and easiest one ever if there is such a thing. I remember hanging up the phone, feeling slightly sad, then tuning back into King of the Hill. I felt ok being by myself for the first time in ages

My Fall wasn’t just about casually dating someone for the first time, lots of other things happened too.

I started to seriously delve into the process of taking over my dad’s house, a process that is STILL in the works. While I made pretty decent money freelancing, I knew that in order to own a house and all of the responsibilities that come with it I’d have to make sure my income was stable – something freelancers know all too well. I’ve had some months where I made an easy $10,000. Other months, a sad, sad $0. More of the latter than the former.

That’s when I started to job hunt. At first it seemed daunting. I had taken a salaried staff job back in 2017 and I was MISERABLE. I was hesitant to put myself in that position again.

11/18/18 – I got on LinkedIn one day and an old client of mine messaged me about my job-seeking post. She ran a non-profit devoted to raising awareness about esophageal cancer and asked me if I’d like to work for her. I’d be doing video, photo, marketing, copywriting and some other things. I’d be traveling the country documenting the journeys of those who have survived or currently on their cancer journey. Something told me to take it and I did, pulling myself out of the running for a handful of other offers. I started this position the same exact day I was laid off from TBC in 2017 – weird flex, universe, but ok. 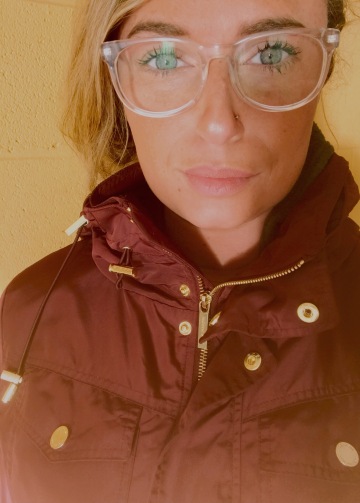 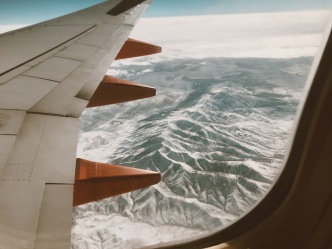 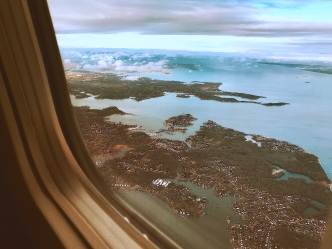 I’ve been at ECAN for about four months now and I get to use my skills and talents from my journalism years to help those with cancer. I finally feel like I’m doing some good with the gifts I was blessed with. I still shoot news, of course. Mostly for The Baltimore Business Journal and a handful of other clients, but it’s been limited. I can now pick and chose what assignments I want to take which I think is best for everyone. I’ve met a lot of people, many of which were like my dad. I’d like to think he’d be proud of me for trying to help these people despite not being able to help him. I do carry around a lot of residual guilt for not being able to save my dad, it’s not logical and it’s something that will never go away. Doing what I do helps alleviate it a tiny bit. 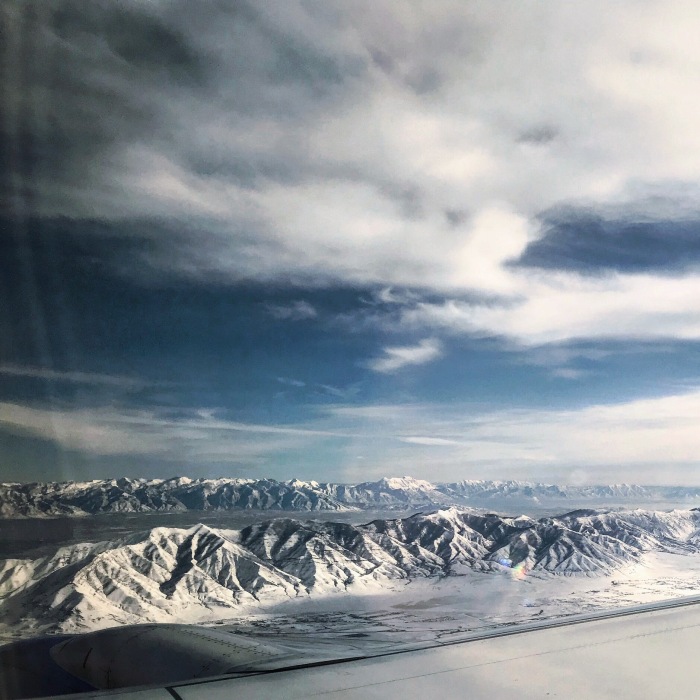 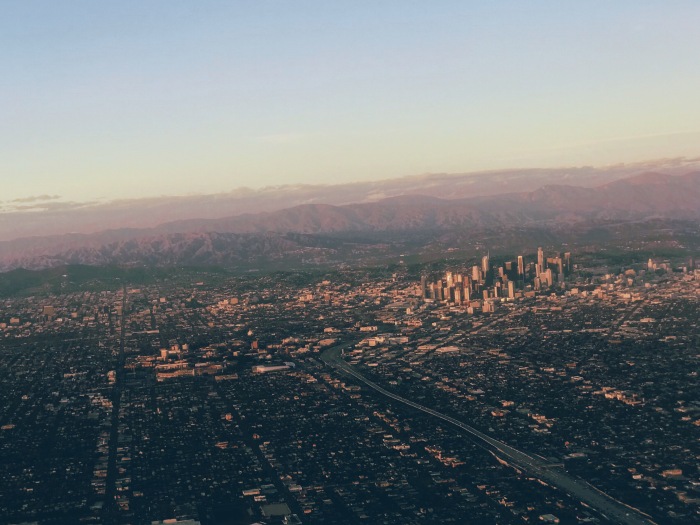 This past Fall was the time where I went from feeling like my new “normal” didn’t fit too well to it being one of my favorite metaphorical sweaters. My life without my dad and my life without the pressure of having to live in Florida finally felt like it belonged to me and me alone. Things are still hard in regards to my dad not being here, but the bad days are few and far apart.

I hope that on some level, whoever is reading this, can relate to my words in one way or another. The transition time after a tragedy and life being normal again is rarely talked about. No one tells you what to do when things settle and are supposed to be “normal” again. No one tells you when that time is. There’s no guide or book on how to live following not one but two explosions. Maybe it’s because we get numb, so our brains protect us when it all becomes too much to handle at once.

All I can tell you is that in order to transition, in order to move forward, you just need to focus on the day at hand. I’m still doing that.

This series isn’t over yet.